" After I was done with this meal. I would not mind if death god came calling "

The delivery food scene in the every growing and busy part of the city " Andheri West " has one more name to it's list. Waaaaaitttttt for it " Kitchen in kloud " boy oh boy this place is here to stay and is going to rule the delivery scene like no one ever done.

Tell you more about this place ?
So this place plays around with many different cuisines like,
- Biryani
- Chinese
- Continental
- Healthy Food
- North Indian.
- Italian
- Burgers and rolls.
It's a pure delivery kitchen. So it does not have any sit down place where you can order and have your meal. They open their kitchen to roll out the yummies at 12 Noon and they are serving till 12 Midnight. All 7 days of the week.

So how was the food that arrived and how was it's packing ?
So majority of delivery kitchen lose their mark as they don't concentrate on their packing and how the food reaches the customer. The food should always be neatly packed and it should arrive hot. Which kitchen in kloud got it spot on.

So what all did I have ?

- BBQ chicken wings. ( Highly Recommended )
When I read this. I was like i need this asap. I'm a bbq chicken wing fan. I love my chicken wings. This bbq wings were so good that I called few friends instantly and told them that they need to try this asap. Perfect flavour of bbq mixing well with the wings.

-  Irani raavas. ( Recommended )
This is something which I had never had before, I being an half parsi when I read the name I was tempted as I thought it's related to some Iranian dish and I wanted to experience the flavour. When I had it I found it so yummy and unique that I finished the whole box in 5.

- Boneless murg dum biryani. ( Recommended )
I'm a heavy critic when it comes to biryani. I love my biryani and don't like when people put essense to it and try to ruin the base feel of a biryani. This biryani was on point. The right amount of masala. The right amount of rice. The right perfect mix of rice and masala. Not hitting the throat and giving a smooth taste.

- Malvani Chicken ( Highly Recommended )
THIS * mic drop * this this is exactly what I feel the owners had and then came up with the name of the place. Cause this dish can only be made by someone who has his hands blessed by God himself.

- Penne in porchini cream sauce with buttoned mushrooms.
Won't lie. Not the best I have had. It was basic.

- Walnut brownie with chocolate sauce
So after the meal I was guilty enough of having calories more than I should have. So I kept this in the fridge and said to myself that I shall have it tomorrow but after an hour when the lights went off. The silence came in and whispered to me " Live for the day. Have it ". So yeah I ran towards the kitchen and pulled this out. Heated it a bit and finished the whole thing before anyone could link. It was Soo good.

So yeah overall an experience that I will not stop at one. Kitchen in kloud number has been started in my phone. The food of this kitchen is gonna come to my kitchen more often that often. 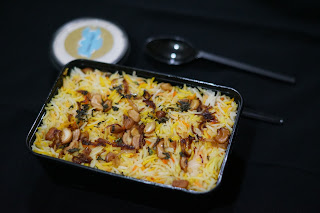 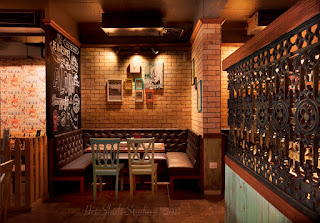 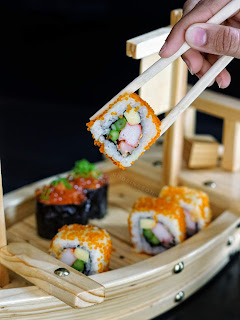 GodBingeOn
"There is no sincerer love than the love of food" GodBingeOn the virtual world name of Vidur kapoor, a businessman in the day and persuing his hobby of tasting everything available in this world and clicking them so that other could also experience the joy and happiness. So what does GodBingeOn mean? It means the God of binge eating. Whenever I use to read "Whats your dream job" I instantly use to reply I want to be a traveling food explorer. As that kills two birds with one stone. I love traveling and exploring different cuisines and culture. I have sort of achieved one part of my dream job soon shall complete the othet half.